Nuremberg Altstadt brewery (Altstadthof brewery) was renovated in 1984. Since then, the owners try and get their customers spoiled with everything. Starting with all organic food and beverages this place is located Altstadt in The Old Town of Nuremberg known now as The Altstadt.
Once, there was a Red Town Brewery, now with a just a new name still has it’s a purpose and giving people all kind of pleasures.

The brewery with its old name was at the same location, the Altstadt, since 1386. That is a first written document that mentions Red Town Brewery in the Old Town of Nuremberg. Until 1568 brewery was named after his owner to that day, and his name was Jacob Ayres. Some bottles and barrels still have his name on them, to always remember their roots. These days the whiskey Old Town distillery still has his name. These days the whiskey Old Town distillery still has his name.
Brewery and the “Rote Bräuhaus” were separated until 1905. After that, there was the renovation and the distillery were made into one place. Today, in the same place is Hausbrauerei Altstadthof or translated a home-brewed beer from The Old Town.
After being renovated which took place from 1980 to 1984, the brewery and the distillery got its new look and a new name, but they kept their famous original taste and its location which make easy for everyone to sit in the best part of the old town or as they call it the Altstadt.

It’s worth mentioning that this place is near Nuremberg Castle and only 2 to 3 minutes from Altstadt or the Old Town. Being near to the Old Town has its advantages. Also, the tour that will take you to the brewery goes under The Old Town’s Tunnels that will make you a bit tired, and much hungrier.
The name justifies the purpose, and everything they make is not only organic, but it’s full of good taste and a good atmosphere. This is why everyone who like beer, wine, and a good cup of whiskey, made by the owners, loves to come here, some of them are regular guests.

Every single year, they brew about 40 different kinds of beer
so there is no chance you won’t find something that you wouldn’t like. For those who would rather stay at home, there is a delivery service, that delivers during the whole day, and you can get your beer cold, freshly brewed in less than an hour. If you live near The Old Town of Nuremberg, or the Altstadt, you’ll get your cold beer in much less time.

They went so far that they have children’s week, they make group events and personal parties, you just have to make a good deal with the owners in time, and you can celebrate everything you want at this great place.

Red beer is not a new thing in Nuremberg, this treat comes from the Middle Ages, so in the 1950s there were around 40 different kinds of red beer. As they say, they got the beer for every occasion. First, they have a seasonal beer, there is also special beer as well as limited editions that come several times in just one year.

At the brewery in the basement, the barrel holding conditions are perfect. The cold and dryness are some of the key conditions for brewing this kind of beer and other beverages. Except for their usual famous drinks, they do not do deliveries you can dine there because there is a large terrace, and not only that, you can order, and take food and beverages away and dine in the comfort of your own home.

Besides the best drinks, here you can find delicious meals. Starting with appetizers, soups and salads, bratwursts, as their national special dish, to the stakes, and other main dishes. You can even choose to get the meal that goes best with the beer you are having, also there are special menus for kids, also there are vegetarian meals, cold cuts with cheese.
In the end, there are deserts, for real gourmets and good drinks to top it all up.
Usually, they are opened from 11 AM to midnight, but with the current situation, the time may vary from open as usual to closed entirely because of Covid-19 recommendations.

As it is in Altstadt keeping the Old Town of Nuremberg its good name and purpose like nowhere else, they kept all that was old but has its good taste. Not only with their marvelous drinks, but also they kept the best tastes of old German food, and they serve those dishes now like it was centuries ago.

The best of all is that you can order every drink online, not only by but also a bottle or by a barrel.
For today’s prices, they have really low prices so you can dine here for less than 20 euros, which is not that much, considering that the prices are much higher in the places that don’t have everything served and fresh for you.
Just be sure that they have the place for you, you should make a reservation, so you don’t be left waiting in line to try the best Red Beer in Nuremberg.
As a souvenir’s go, you can buy a plastic rabbit, one of the landmarks of The Old Town in Nuremberg. It’s made by local artists named Albrecht Dürer in the 16th century, and it’s not that far walk to see this artwork, since it’s in walking distance.

Guided tours can make you more tired than usual, so if you decide to take a tour by yourself, here is the address:
Address: Bergstrasse 19 90403 Nuremberg, Germany.
To make sure that you have the best place in the heart of The Old Town in Nuremberg you can make a phone call to the brewery and here is the phone number:
Phone: +49 911 2449859

The staff is perfect, and they will make sure that you are satisfied to the fullest, from the call to make your reservation, to the last cup of their best, and your favorite food and drinks.
That way, you can see a lot of very unusual things and it’s all a part of the Old Town of Nuremberg.

So, if you are near The Old Town or Altstadt in Nuremberg, you should make a reservation at the phone number:
+49 911 2449859
If you are looking by yourself for this great place, which can be found on every phone or computer is at the address:
Bergstrasse 19, 90403 Nürnberg, Germany. 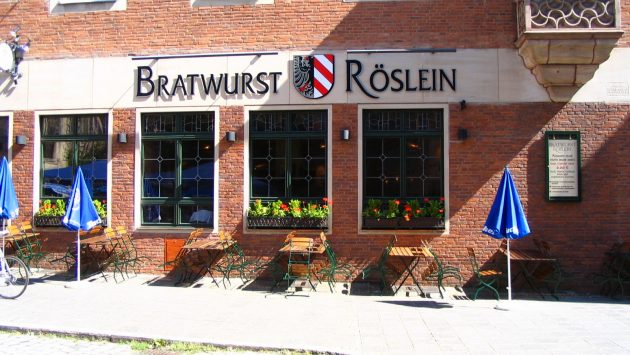 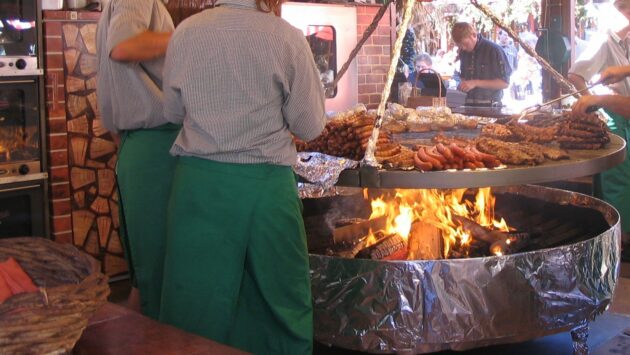